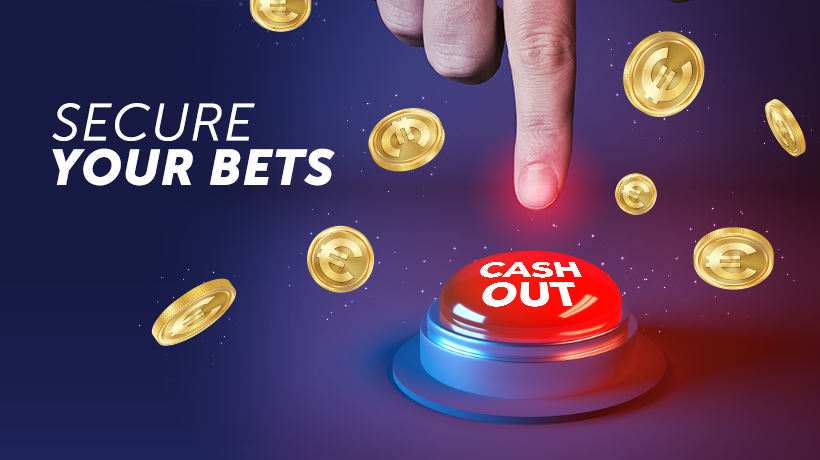 Secure your winnings with the Cash Out feature

Cash Out is a feature of the website that allows the "Participant" to refuse (close) a bet (reset the bet) by receiving a certain amount of money from the "Operator" and to refuse the win or the possible loss as a result of the bet result. The Cash Out feature is available for both single and combined bets but is not available for selections.

Before clicking on the Cash Out button, the participant sees the amount of funds offered by the operator which is transferred to their personal player account following the application of the feature. The amount offered in the case of Cash Out can not be greater than the winning amount of the selection.

The amount offered by the operator by the Cash Out feature may change and participants are informed on the site.

The amount received by Cash Out is immediately transferred to the participant's personal player account which can be used later to make new bets or withdraw money.

If the feature is used after announcing the results of the events included in the selection, or if the irrelevant (incorrect) amount is transferred following the application of the Cash Out feature, the operator has the right to cancel the use of the feature. Amounts will be withdrawn from the participant's player account and the bet placed will be calculated based on the available amount and odds before using the feature (the selection is re-opened). The participant can see all the money transactions in the "History" section of the personal gaming account.

Partial Cash Out is a sub-type of Cash Out that is offered taking into account the specificities mentioned below.

Partial Cash Out allows the participant to receive a part of the possible win while leaving the other active, with the possibility of obtaining a guaranteed win regardless of the final result of the selection.

The participant may take a part of the Cash Out funds, but not less than the minimum amount set for single and combined bets in these rules.

Compared to the simple Cash Out, while performing a Partial Cash Out, the participant's selection remains active and continues until the end of the events included in it with the current odds offered by the program for the given events.

The participant can see the money transaction in the "History" section of their personal player account.

Auto Cash out is another sub-type of Cash Out that is offered taking into account the specificities mentioned below.
The participant can use this function after placing a bet on the outcome of the event.
The Auto Cash Out is the same Cash Out feature that is applied automatically as follows: the participant sets a limit for Cash Out. If the amount offered for the selected selection exceeds the set limit, the system automatically applies Cash Out. The amount shown is added to the "Participant" personal player account.
It is possible to use Auto Cash Out in all cases where the Operator offers Cash Out. After placing a bet, the participant can see the Cash Out button in the "History" section of the Operator's website, which will be available after clicking the Auto Cash Out button. Auto Cash Out is displayed in the Cash Out function as a sub-function.

Gambling and real money gaming are prohibited to minors

Voluntary self-exlcusion
Any person looking to be self-excluded from any gambling activites must directly contact the French Ministry of the Interior. According to the Law No. 2010-476 of 12 May 2010, this Self-exclusion is valid in casinos, gaming circles and licensed gambling sites. Self-exclusion is pronounced for an irrevocable three-year period.
Online gaming mediator
Monsieur Denys Millet, Autorité de régulation des jeux en ligne, 99-101 rue Leblanc, 75015 Paris, France
01.57.13.13.00 - [email protected]
www.mediateurdesjeux.fr